My family is a little bit obsessed with our 2003 Eurovan. After pining for a few years, my husband finally bit the bullet and gave up his lease in order to bring the pop top home. And although we’ve only camped as a family once since then–disgraceful, I know–the idea of freedom parked in our driveway continues to captivate us. The van drives like a dream and is pretty sweet to wake up to, but there’s just one catch: gas. But Tesla just announced plans to introduce a new hybrid electric car that just might put our baby to shame. Camping in a Tesla? It could happen.

And actually, it could happen as early as spring 2016, according to a report on Inhabitat, which shared the photo below. Inhabitat pegs the Tesla electric car Model H at $120,000, featuring sleeping for four, flat-screen TVs, a composting toilet and conservation shower, and a supercharger that can also recharge other electric cars.

But can it fly? 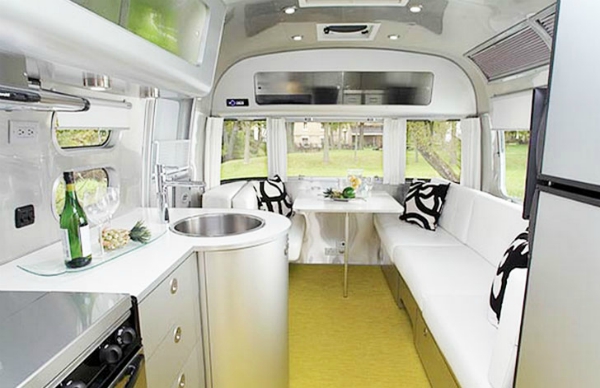