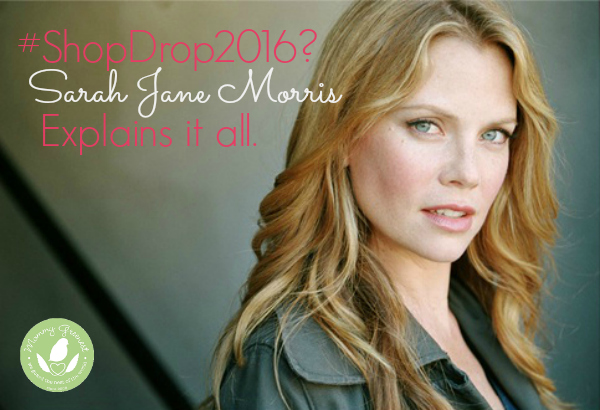 I first met Sarah Jane Morris when she rolled up to an EcoStiletto party in her biodiesel Mercedes—and confessed that she’d spent the morning dumpster diving for biofuel with her rock-star husband. I thought she was the coolest girl on the planet. Eight years and two kids later, the former star of “Brothers and Sisters,” soon to be seen on NBC’s “The Night Shift,” is even cooler. Especially now that she’s taking the Shop Drop Challenge with us! Sarah shared her philosophy on shopping, swapping and her favorite place to score preloved fashion in this Mommy Greenest exclusive.

What’s your motivation for being an environmentalist?

I think a lot about how everything that exists on this planet is here, basically, forever. Even the food we eat turns into something that then has to be…er um…dealt with. Those Strawberry Shortcake dolls from grade school, that pair of roller blades you were into for six months, the Guess jeans you HAD to have because Tricia Thomas had them—they’re all most likely still floating around out there somewhere on this beautiful planet, even if they ended up in Japan or something.

That’s a crazy thought, I know, but it’s true. I think a lot about waste, which is why I’ve gone to the extremes of composting—yes, with worms—and running my old Mercedes on waste veggie oil.

Where do you get your fashion fix?

I love shopping, and nothing gets me more excited than a good deal. I grew up browsing flea markets with my mom and it is still one of my favorite pastimes—even though I don’t get to do it as often these days. I vowed not to take my children again until they’re old enough to understand that you can’t just start grabbing every single item on a table or walk off with a toy just because it’s sitting on the ground! Recently, I even asked to have Mother’s Day morning to myself so I could hit the Rose Bowl on my own.

When it comes to clothes, I’ve gotten to a point where I don’t have a huge amount of clothing, but the pieces I own are of good quality for the most part and I will keep them a long time. If I want to change things up or fill a clothing “need” from time to time, nothing is more satisfying than finding it pre-owned for dirt-cheap!

This December was kind of a whirlwind—between work, my husband and two kids—I’ll admit, I did a lot of online shopping. That’s why January was the perfect time for me to take the Shop Drop Challenge and really focus on finding great-preowned stuff or no stuff at all! Honestly, I can’t think of one thing I NEED right this minute. I’m just happy my roof isn’t leaking.

What was the last thing you bought new, and when?

The last thing I bought new was a bit of a splurge for Christmas to myself but a piece I hope I’ll keep forever. It was a pair of Sibel Saral’s almost black pull-up pants. I tried them on when I was in Seattle at a store called Baby & Company at a trunk show for my sister-in-law, the designer Jesse Kamm. I didn’t buy them then, but I kept thinking about them after, and ended up ordering them later. They did end up being on sale though!

What was the best thing you swapped with a friend?

A friend of mine had a baby not too long ago and passed on several pairs of jeans that she feels just don’t fit her “new body” the way they used to, so I scored some Rag & Bone and Seven jeans! I passed on my baby’s hand-me-downs in exchange.

Tell us your favorite thrift or consignment score.

My favorite score is a pair of Birkenstocks I got for $15 at an awesome thrift store in Seattle called Value Village.

What’s your favorite place to shop preloved—either brick and mortar or online?

I love to peruse ThredUp.com online, but my very favorite place to shop preloved has got to be the Pasadena Rose Bowl flea market. I’ve found more amazing shoes, jackets, tops, dresses, boots, bags and kid stuff than anywhere else I’ve ever shopped!

Established in 2013, #ShopDrop2016 challenges women not to buy any new fashion for 30 days beginning any day in January, instead choosing to swap or thrift as a way to break the “fast fashion” cycle. The 2016 goal is 1,000 participants—representing a savings of 6,000 pounds of landfill waste. All participants are entered to win a $250 like-new consignment shopping spree from presenting sponsor thredUP.com, and will be invited to a celebratory party in Santa Monica, CA hosted by–you guessed it!–actress Sarah Jane Morris. 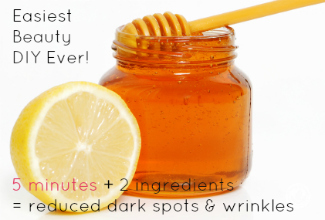 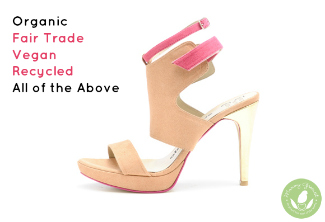 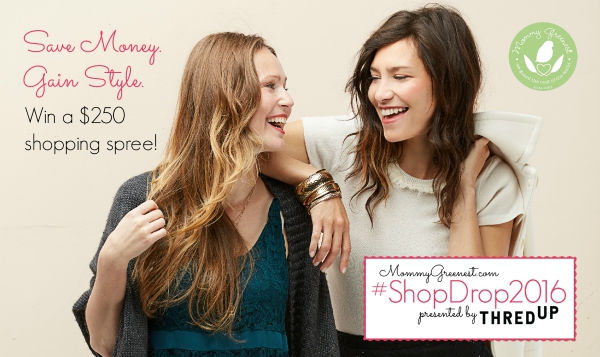