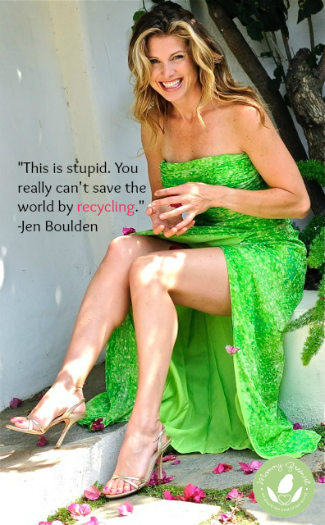 Jen Boulden looks amazing. Glowing and perfectly tressed, you would never guess that this new mom is managing on just five hours of sleep. But as in most things, she surpasses expectations. After completing a “Green MBA” from George Washington University, Jen went on to co-found Ideal Bite in 2005, becoming the go-to girl for an emerging green movement that landed her regular gigs on “Good Morning America,” “The Today Show” and “The View,” among others. We met a few years later, after she’d sold the company and its more than 500,000 subscribers to Disney for a reported $20 million. Yes, I was jealous. But even in the middle of that maelstrom, Jen was generous with her advice and was one of the first to encourage the development of Mommy Greenest. Jen and I connected recently to talk about her new family and new media concept, JenBTV.com, devoted to—what else?—making green living easier.

Rachel: Tell me about launching JenBTV.com and launching a baby in the same—I could say week but literally it was in the same 48-hour period!

Jen: Well, that was a little bit nuts. I had planned for a soft launch in November and would have time to work out all the kinks [but] I had to rebuild my site over the holidays and right up to the birth. I was basically two weeks overdue, emailing with the web developer—thinking this is so my life—then the website’s finally up, and I had the baby two days later. So that’s how it went down!

Rachel: Wow. It’s funny because I remember I launched EcoStiletto and Mommy Greenest kind of the same way. I was pregnant with Chloe and talking with Healthy Child Healthy World and planning to help them. And I had this feeling like wait—there needs to be more that I can contribute to this than just as a marketing person. And I remember thinking, okay I can do that and have a baby too. I can do everything! Do you feel like you can do everything?

Jen: Usually! Sky—that’s my baby’s name—is almost six weeks old. And you know me, I’m a little bit of a worker bee, and I’m used to working ten-plus hours a day when I’m launching something new. And I’m getting in possibly three hours? Luckily I have my mom here helping with the baby, and help with the business, because I probably couldn’t do anything—even the proverbial brush my teeth—if it weren’t for them.

Rachel: It’s been about four years since Ideal Bite was sold, right? What made you want to start a new project with JenBTV.com?

Jen: Ideal Bite was folded into Disney’s Family.com in 2010. So yes, it was about three-and-a-half years. That was my time to really lick my wounds and think about what I wanted to do. I green renovated my house in L.A. and did some work for clients and non-profits, got married and had a kid. It’s harder now to get people’s attention than it was in 2007 when Cameron Diaz showed up to the Oscars in a Prius. 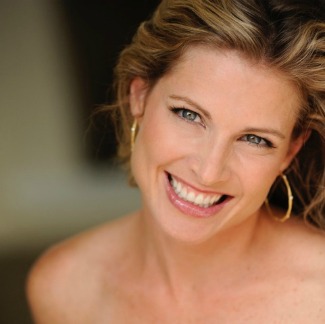 I’m ready now to get back to my roots, which is telling people—hopefully in an appetizing way—how to go green. I thought about recreating Ideal Bite in terms of the format, which was a daily email five days a week. But then I looked at my own inbox, which was frightening—more than 1,000 emails—and I thought, I don’t think the world needs more email. So I looked at the video media world, which is exploding—it’s the wild west as you know because you also publish great videos—but I thought why not just do it and have fun!

Rachel: You have such a beautiful, idyllic life, with the chickens and the organic food that you’re turning people on to. Regardless of whether you’re clued into the green movement it’s fun to watch your videos—I think that’s a testament to you.

Jen: Thank you so much! I always want them to be entertaining first, and then not even realize that the green education is kind of permeating in.

Rachel: Definitely! Tell me when your commitment to sustainability started. How did your green story begin?

Jen: My mom is here and she’ll probably take credit for that: She started a recycling program in my middle school, which I don’t remember. Sorry mom! But I also spent a lot of time outdoors as a child. Just falling in love with nature, how could you not? I feel very at peace in nature and when you hear about it being destroyed… It’s just this motivating thing that I’ve always had: When you see an injustice you want to stick up for it.

But the straw that broke the camel’s back—almost literally, my back—was when I was living in New York City, working in start-ups in the late ‘90s. I was recycling the paper that the cleaning staff in the office would throw away into the trashcans, taking it home in duffel bags. And one day—in my stiletto heels—I tripped on the subway stairs and was laid up for months.

And I remember thinking, this is stupid. You can’t save the world by recycling. I’m not saying recycling is bad, but it’s the end of the pipeline. Let’s talk about the things that you can do before you get to the point of, do I recycle this or not? And I like business in terms of using my brain but I didn’t like business for no greater purpose. So I said, let’s use business for good. Let’s create a green business.

Rachel: So now you are starting a new green business and a family. And there’s so much negativity right now about green, so much backlash. But I think that those of us who have been involved for a while—well, for me, and I’m guessing it’s the same for you—there is no option. You can’t not live this way once you’ve decided to do it. So what gives you hope in terms of seeing more people come to that realization?

Jen: In the history of any movement there have always been those who were at the leading edge. And if you’re at the leading edge it hurts—it cuts when you are one of those forerunners. And I’m certainly not putting myself into that category—our predecessors started thinking about things like global warming 30 years ago.

Whether people acknowledge or even recognize it, they are living green more than they used to. So there’s always been this movement, and then we had the media take hold of it in 2007 and make it really big and then everyone was kind of drunk and then we had the hangover because of the economy and people were like, okay green can just go over here for a bit. It’s harder now to get people’s attention than it was in 2007 when Cameron Diaz showed up to the Oscars in a Prius.

But what gives me hope is that whether people acknowledge or even recognize it, they are living green more than they used to. You know, at the grocery store there used to be a little section of organics. And now you can go to any mainstream grocery store and the organics have been proliferating—it doesn’t have to be in any special area, you don’t have to go to the crunchy berry hippy store to get your stuff. It’s seeping in to everything that we do.

Even your least suspecting types of people have integrated green because it makes sense and it’s cost neutral—or maybe it saves money. So that gives me hope, that it’s becoming ubiquitous, that there will be no green versus non-green—the whole world is going to go green. In business it makes sense, in the economy it makes sense, we have to preserve things that actually give us these benefits: clean air, land and water. My hope is in common sense. Let’s just put it like that.

Rachel: I love that. And I also love the idea of the green hangover. Because I think it’s over. We’re ready to drink again! 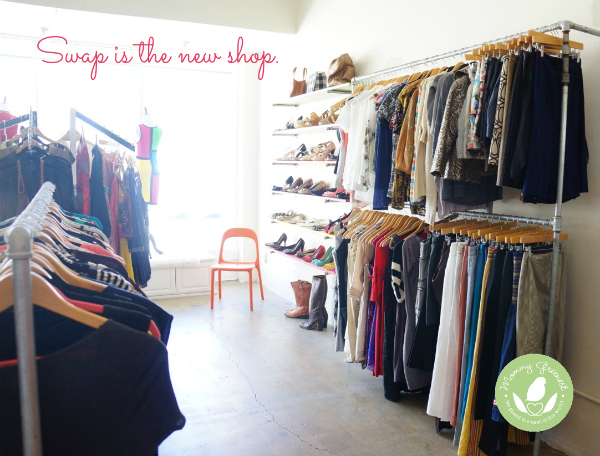 Where Do I Swap My Style? Give + Take! 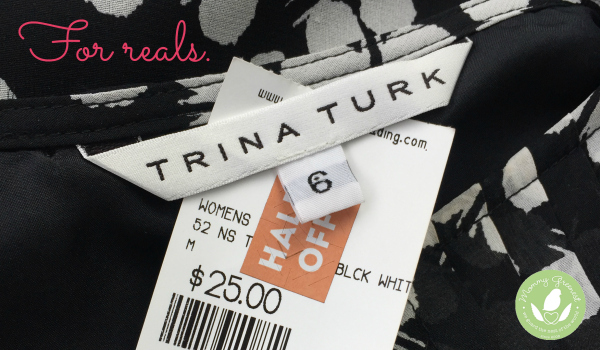 How to Thrift Shop 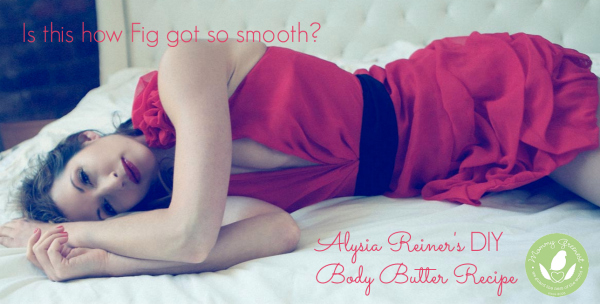