Most reality shows tend to focus on materialism. But “Sweatshop: Dead Cheap Fashion” flipped that paradigm when it sent two Norwegian models to Cambodia to explore what it was like to work in a sweatshop without a living wage.

After the film premiered in April of last year on the anniversary of the Rana Plaza disaster, H&M filed a complaint to Norwegian Press Complaints Commission claiming the show was not representative of the company’s social responsibility policy.

The protest was denied, and “Sweatshop: Dead Cheap Fashion” logged nearly eight million viewers and nabbed a coveted Norwegian media award. Now teen models Frida and Anniken are working to Kickstarter the second season and return to Cambodia to fight for a living wage. As a picture is worth a thousand words, take a quick look at this promo:

Compelling, yes? And how about this analysis from their Kickstarter page, which shows that a 90-cent bump in retail price could represent a 300% increase in a fair trade living wage for workers. 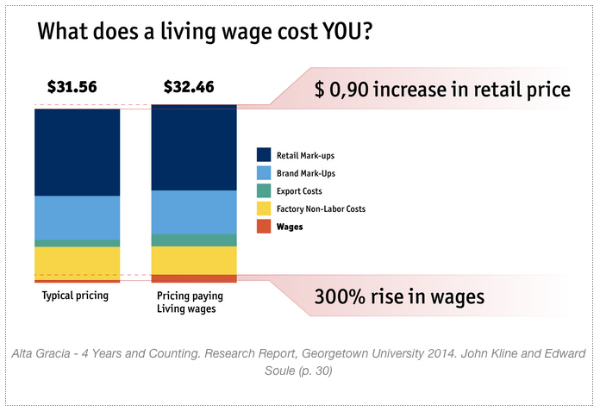 If that doesn’t sell you on choosing fair trade fashion, as well as consuming less and sharing more, I don’t know what will.

What We Need To Know About Sex Trafficking