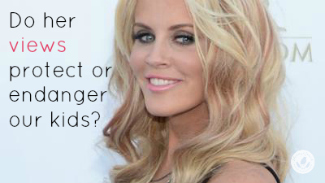 Jenny’s McCarthy’s appointment to the chair vacated by Elisabeth Hasselbeck on “The View” has critics up in arms. The new post gives Jenny McCarthy the opportunity to share her opinions with three million viewers—many of them mothers—each day.

With two books and countless speaking engagements behind her, Jenny McCarthy’s opinion about parenting inevitably circles back to one idea: vaccinations cause autism. But do the facts support her opinion?

Jenny McCarthy’s opinion about parenting inevitably circles back to one idea: vaccinations cause autism. But the facts prove she’s wrong—and dangerous. When my son was born in 1999, the autism debate was in full swing. But after talking at length to our pediatrician, my husband and I decided to innoculate; we continued the practice, separating out the Measles/Mumps/Rubella vaccine into three different shots when vaccinating our two daughters.

Our reasoning went like this: If one of our children contracted an illness that could have been prevented by a vaccine, we had health insurance and access to good health care that could treat it.

But what if our child passed on the illness to another whose family didn’t have coverage—or who lived in another country where health care wasn’t so effective? If the child got sick or—god forbid—died, we would be responsible. And a child’s death was a possibility we couldn’t live with.

So we decided to vaccinate, forming our opinion based on these facts:

Unfortunately, herd immunity isn’t available in every country: Vaccinations have virtually eradicated polio in the United States; in Africa, India and Asia, the virus is still alive.

According to Jenny McCarthy, that’s a good thing: “I do believe sadly it’s going to take some diseases coming back to realize that we need to change and develop vaccines that are safe,” she told Time magazine. “If the vaccine companies are not listening to us, it’s their f___ing fault that the diseases are coming back.”

No matter that this opinion has been thoroughly discredited:

Yet Jenny McCarthy continues to promote her opinion to a growing audience. According to The Anti-Vaccine Body Count (originally called the Jenny McCarthy Body Count), since the idea of refusing vaccinations in order to prevent autism became popularized in the United States in 2007, more than 1,000 children have died and 100,000 were sickened by illnesses that could have been prevented by vaccines.

In the United States, the anti-vaccination trend could endanger all of our kids: Before vaccinations for the illnesses, whooping cough was a leading cause of death in babies and young children; now that families are choosing not to vaccinate, the virus is on the rise.

Could Jenny McCarthy and “The View” contribute to that problem? Possibly. “Any time she provides her opinion, it results in people listening,” said Amy Pisani, executive director of the non-profit Every Child By Two, to the Los Angeles Times. “I feel that we don’t have any more children to spare.”

My hope is that before she takes her seat at “The View,” Jenny McCarthy will reconsider the facts—and her opinion.

Breastfeeding, By The Numbers 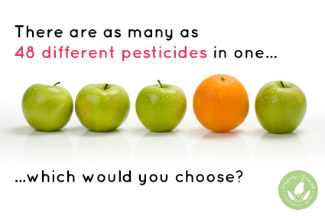