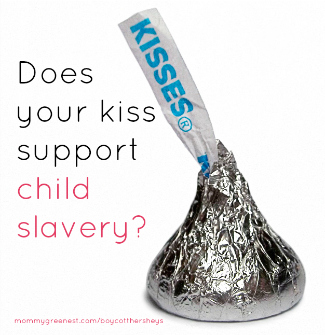 Recently, Hershey’s responded to a child labor lawsuit and pressure from human rights groups by committing to 100% third-party certified production in Africa, where it sources the majority of its cocoa.

The certification should eliminate many claims of child labor, forced labor, child trafficking and verbal, physical and sexual harassment that have plagued America’s biggest chocolate manufacturer.

But there’s one problem with this objective: It’s not set to take effect until 2020. With an estimated 1.8 million children currently forced to labor on cocoa farms in West Africa, more than 10 million children will be affected over the next six years. I think that’s too slow, don’t you? With Valentine’s Day right around the corner, let’s do something about it!

Please join me in urging Hershey’s CEO John Bilbrey to stop supporting child slavery and speed up the timeline for 100% third-party certified cocoa production—and pledge to boycott Hershey’s products until this change takes effect. Thank you!

2.19.14 Update: We collected 390 signatures and delivered them to Hershey’s; I’ve taken down the link to the petition. I’ll keep you posted if we have a response. Thanks to everyone who signed and even if you didn’t, please join us in boycotting Hershey’s!